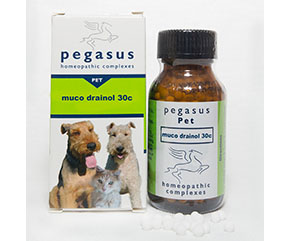 Store below 25 C
Keep our to reach of children.

Safe to use in breeding, pregnant, lactating and young/newborn animals.

Kali bichromicum 30c – This remedy has an affinity for the mucous membranes of the air passages .Helpful for thick mucus that may be yellow or green in colour with possible loss of smell.

Kali sulphuricum 30c – Sense of deafness with yellow discharge from the eyes, nose or ears.

Mercuris dulcis 30c  – Helpful for mucous-congested inflammation of the ear and helps to prevent “glue ear” and ear infections.